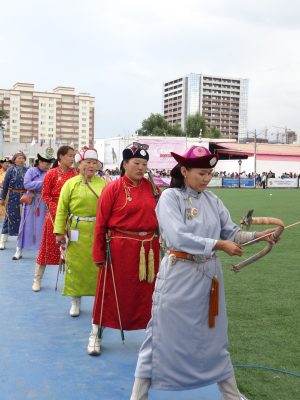 A traditional festival named Naadam is held to celebrate Mongolian Independence. Naadam features three sports. Horse riding, Archery, and Wrestling. The colors, festivities, and sports are a unique event celebrating nomadic culture. People are in a fantastic mood, most places of work are closed and everyone is excited to be at the festival. 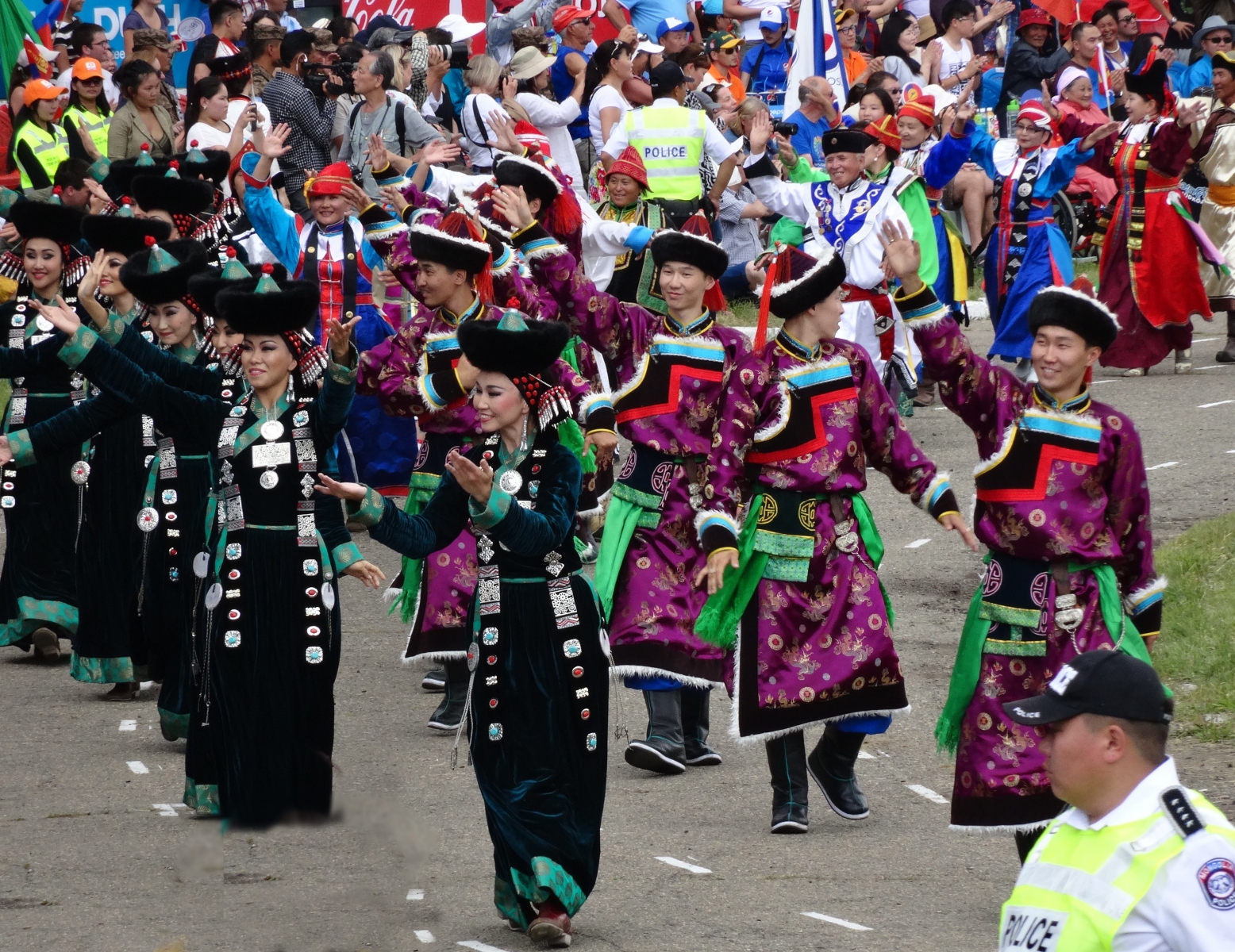 The Naadam opening ceremony is a special event. It takes place in the stadium in Ulaanbaatar. There is a parade, dance performances, bands, horse tricks and a ceremony. The wrestling starts immediately afterwards. The events at the stadium the opening ceremony and wrestling required tickets. I asked my hotel to procure tickets for me. They did and for face value which was around $9USD. All other events and the festival grounds were free and could you can come and go as you wish. Many agencies offered tours to the festival which included opening ceremony tickets but these were $200USD. It is nice to have the explanation of a guide, but the highlight for me was interacting with the crowd and enjoying the sports and food tents on my own schedule. Consider scheduling some free time even if you book a tour.

Wrestling is the major sport. There are hundreds of matches. There is a victory dance by the Yak Tails as well as ceremonial practices between rounds.

There is another competition called knuckle bone shooting. It is a team sport there is singing. It is difficult to explain. I will let Unesco explain it, it has intangible heritage designation.

The main food of Naadam is Khuushuur. This is a fried flat dumpling with sheep meat. There are dozens if not more than 100 stands preparing Khuushuurs at Naadam. You can try many different ones. It is the primary food available during the festival most restaurants in the city are closed for the 3 day event.

I just rented a hotel room downtown off booking.com. This worked fine. Buses run in the capital along routes every couple of minutes. I took buses to and from bus stations and the festival and around town. Look for one headed in the right you can ask or just get off it it turns. Fares are very cheap T500 (less than 30 cents when I was there). Note the numbers in front of your accommodation then if you are somewhere where it passes in the opposite direction you can hop on to get home.

I actually took the bus to and from Ulan Ude, Russia to Ulanbaatar Mongolia which was about a 12 hours. Because it was a festival weekend I bought this ticket in advance from the agency Real Russia which is UK based. This ticket was marked up for the convenience. I paid $55USD. I did not want to risk not making it to Mongolia after scoring opening ceremony tickets from my hotel. The bus from Russia dropped us off and picked us up downtown not at a bus station.

I returned to Russia couple weeks later after visiting the Gobi desert and bought my return ticket at an office in UB ($35USD). Border formalities with Russia took over an hour each way. This is still faster than the train. The train has to change wheels to go from Russia to Mongolia and has even longer border formalities.