Plain of Jars, Laos. Mysterious stone vessels in the highlands.

Thousands of jars carved from stones and placed in groupings on a plateau in northern Laos. These mysterious jars were the main reason I wanted to visit the country which I was able to do in 2008 as part of a longer trip in the region.

The jars varied in size with some quite big. Some had lids, most do not. Only a couple had markings. They date back to 500BCE.

We visited three jar sites which are clean of unexploded ordinances. Our local guide was adamant these jars were not for corpses. He seemed to resent the theory. He thought they were for storage or offerings. Local legend says a king created them to store Lau the local booze. Local legend also has the jars molded and fired rather than carved. Another theory is they were used to collect monsoon rain water. The current prevailing theory is that these or first or 2nd burial spots before a body was cremated.

In 2008 an 8 hour (actually took much longer) public bus took us from Vang Vieng to the town of Phonsavan where the weather was far cooler. An 8 bus carried us to Luang Prabang a couple days later. These long dusty rides through the countryside crossed vast areas of nothingness. Bathroom breaks were stopping the bus in the middle of the unpaved road. You had to go directly in the road as this area was heavily bombed and mined and you did not venture from the established path in Laos even a few feet.

It looks like the plain of jars became a UNESCO world heritage site in 2019. 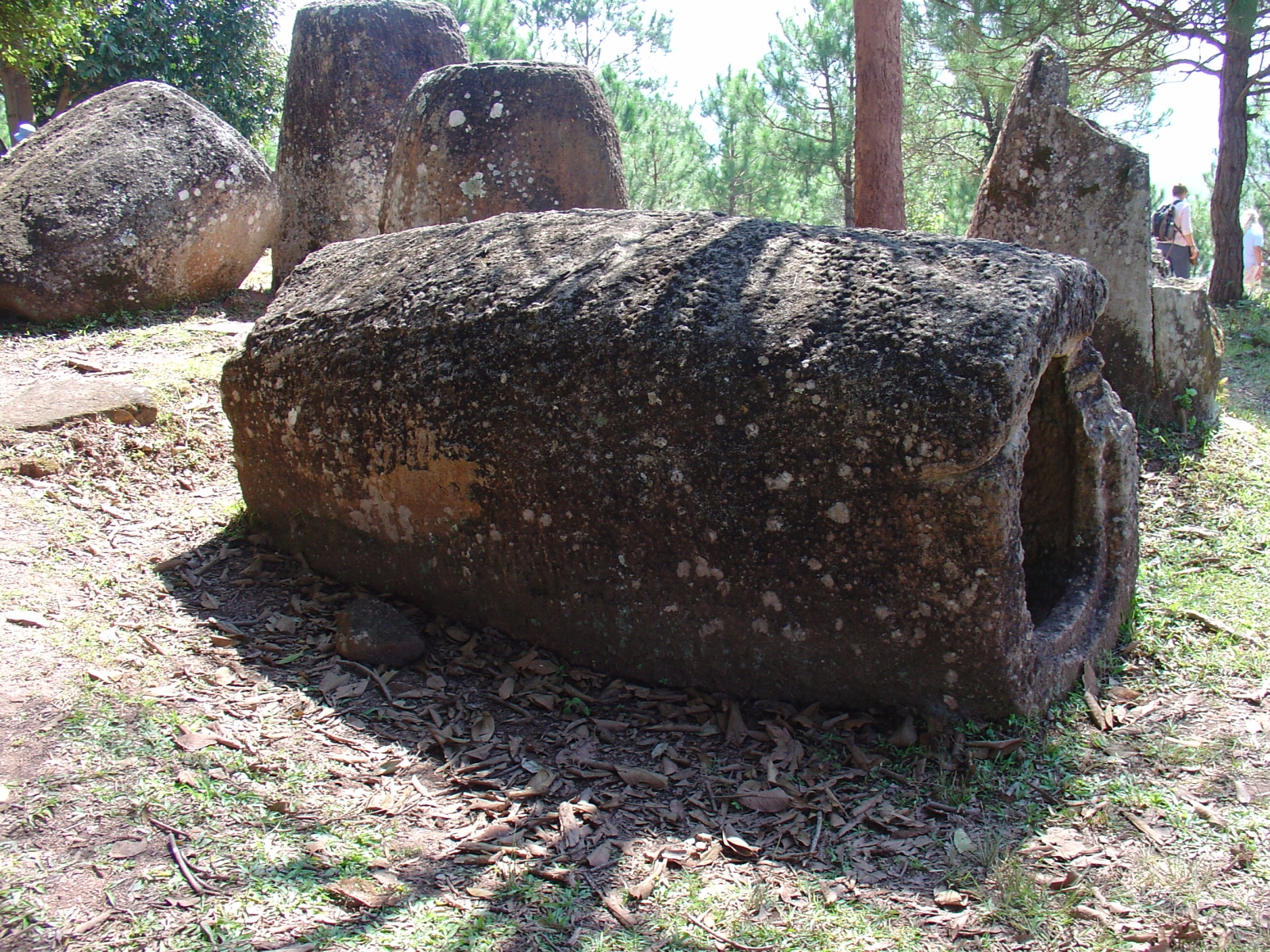